The off-road-capable F 800 GS adventure-tourer provides for fun driving on all types of road even when the destination can only be reached by gravel tracks. Its state-of-the-art 85 hp twin-cylinder engine delivers awesome off-road power. A curb weight of just 207 kilograms makes it unbelievably agile. And its ability to perform on smooth tarmac and rough ground alike makes it uniquely versatile.

It was probably not a great idea to customize an adventure bike to the level that this bike has been done considering it is likely to spend some time on its side, but it is fun to do so I did it.

The stock performance is adequate for my needs so only minor changes that include a high airflow system, carbon slip-on and a fuel management module were added to the bike. The body panels were custom painted BMW Sunset Yellow, a color not available from the factory in 2010, and then clear coated multiple times over the custom made decals. The bike is loaded with carbon fiber replacement body parts and add-ons most of which were treated with a multi clear coat process. The stock plastic and metal frame components have also been custom painted to match the paint theme, and all hardware, including engine and body hardware, is film coated to blend in seamlessly with the colors of the bike.

Lighting and visibility have been significantly improved through the addition of LED – fork mounted auxiliary lighting, rear lighting, side markers, front and rear markers, halogen fog and aux lights, and LED run/turn signal mirrors. Functionality has also been enhanced with the addition of fully adjustable hand levers, hand guards to compliment the heated padded grips, cruise control, GPS, tail rack, steering stabilizer, custom lined aluminum paniers, conveniently located dash controls and indicators, additional fuel storage along with a host of other things too numerous to list (see the tech sheet for a complete listing). Virtually every available protective
accessory, such as engine and frame guards, was added to the bike to minimize any damage during the times the bike is ridden off-road.

It was a challenge to create a custom looking adventure touring bike that could be ridden long distances, taken off-road, and be easily serviced by either myself or someone else. The end result has to be serviceable which is especially important if you run into problems off-road in the middle of nowhere. Every component added to the bike can be isolated, bypassed, or removed for service, repair or replacement, and allows easy access to other components for service or removal. Products used were modified so that they could be broken down and placed anywhere so that they do not interfere with routine bike service. Of course this wouldn’t be complete without a full set of drawings detailing the changes so CAD drawings were done as the changes were made.

As you probably know already your never truly finished customizing a motorcycle so I’m sure that the bike as you see it today will be somewhat different in the future. 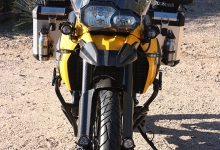 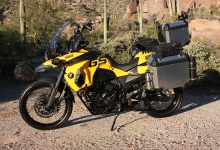 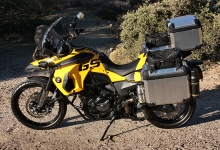 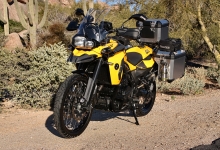 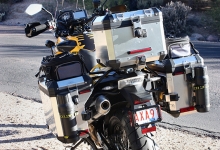 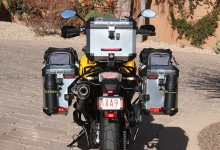 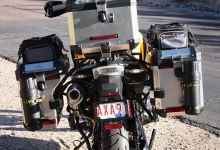 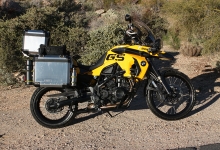 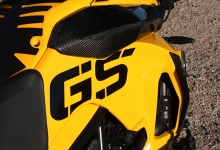 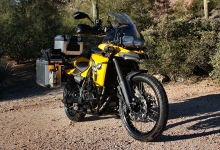 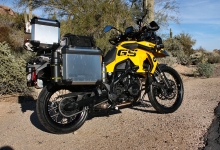 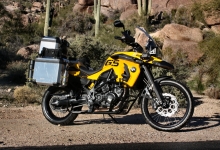 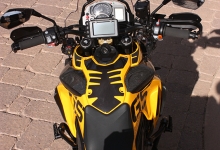 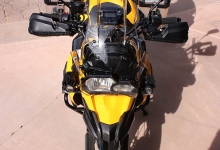 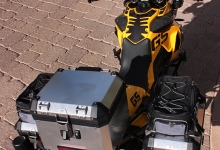