Seemingly overnight, the high-tech new (2002) V-Rod had catapulted Harley-Davidson to the top of the power-cruiser wars, and changed The Motor Company’s image in the process. Whether that’s good or bad depends on your perspective. The V-Rod is all about power, attitude, and contemporary styling. With a perimeter-tube frame, an aluminum swing arm, anodized aluminum body panels, and aerodynamic styling, the family resemblance was fleeting. Raked forks and exaggerated forward controls brought the V-Rod back to the H-D fold.

Porsche Engineering collaborated with Harley-Davidson in developing the water-cooled V-Rod engine. The V-Rod Revolution engine first introduced in 2002 is a beefy metric V-twin with the VR1000’s 60-degree, water-cooled, short-stroke architecture. Of 1,130-cc capacity, with forged crankshaft and pistons, DOHC, four valves per cylinder and EFI, it produces 115 hp at 8,250 rpm and 74 lb-ft at 7,000 rpm, eagerly revving to 9,000 rpm.

I purchased the bike in 2013 from a collector in Atlanta, Georgia who had stored it in a climate controlled environment from the day of the initial purchase. There are only 11 original miles on the odometer. The bike was completely disassembled, oxidation due to age was removed from the frame and any painted surfaces, fluids changed, the engine inspected and reassembled and road tested.

All hardware on the bike was replaced with chrome hardware. Stock components were removed and packaged and replaced with Harley Davidson upgraded components and accessories many of which were not available when the bike was first produced in 2002. With the exception of the rear brake master cylinder cover, front wheel hub covers and the license plate frame only original Harley Davidson components and accessories were used to keep it as original as possible. The aluminum disk wheels and stock components have all been retained along with a complete replacement set of new anodized body panels. 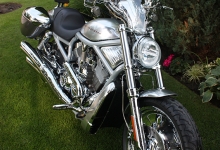 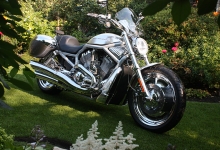 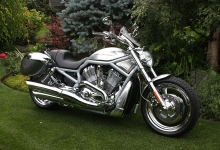 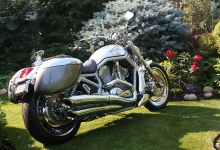 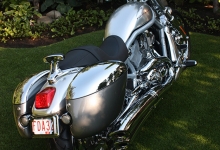 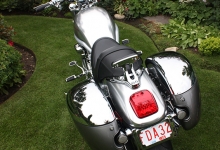 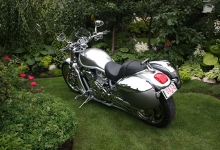 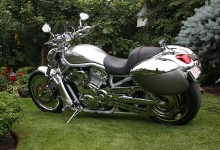 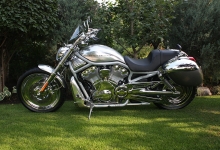 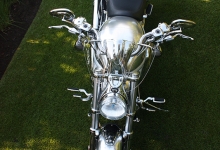 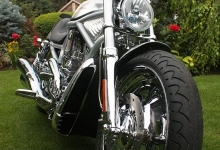 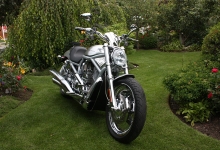 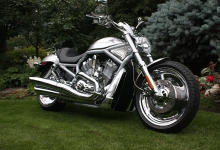 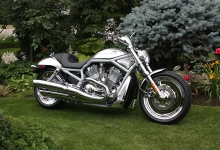 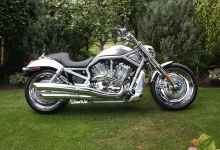 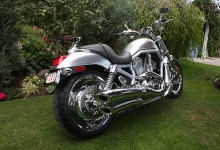 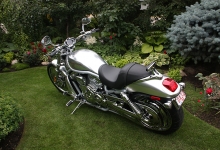 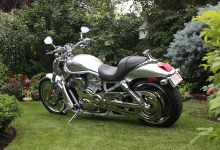 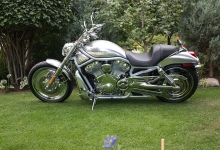 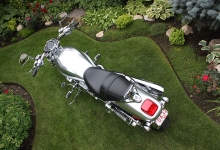